It was a long, long day. Up early, no sleep, out in the hot sweltering sun, long periods on boredom interspersed with moments of excitement, panic, and the inability to think straight. It seemed to go on and on with no end in sight, but ending up being an incredibly rewarding experience with amazing camaraderie,  new friends, and people doing amazing feats of mind and body. And I didn't even run. 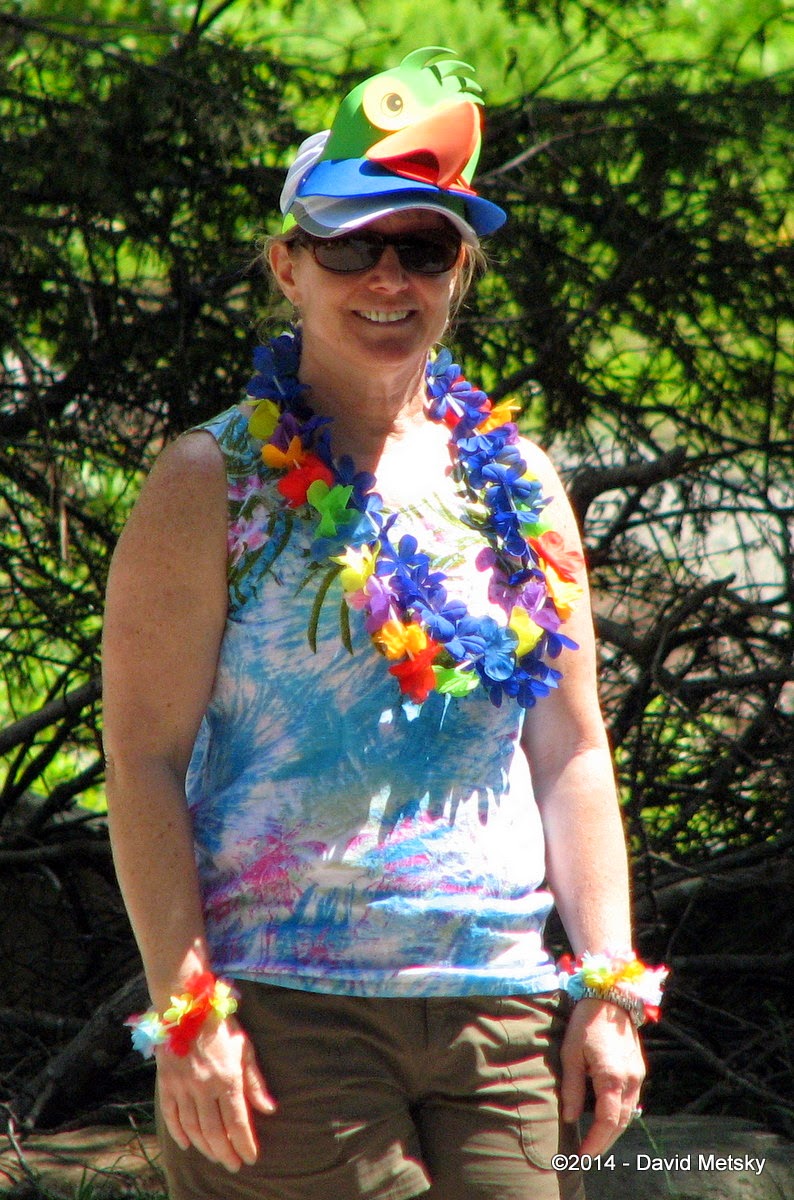 I volunteered last year at the TARC 100, working the midnight to noon shift at the Gun Club aid station. It was a great time and I had so much fun that I decided to up the ante a bit this year and work a full 24-hour shift. My wife Monica had a very important commitment on Monday that included getting a reasonable amount of sleep over the weekend, so she planned to work an 8 hour shift during the day on Saturday. Our assignment to start the day was manning a road crossing on a blind curve where cars were flying by and the runners would be sitting (or slowly moving) ducks. We arrived at 6:00 AM to find the tent and table with water already in place and met Mark who had started setting up the traffic cones in the road. We quickly sussed out the scene, set up our decorations (Hawaiian themed, left over from a Jimmy Buffett adventure) and arranged ourselves to watch for cars. When the first runners came through at 7:50 the day had already started heating up - it was going to be brutal out there. 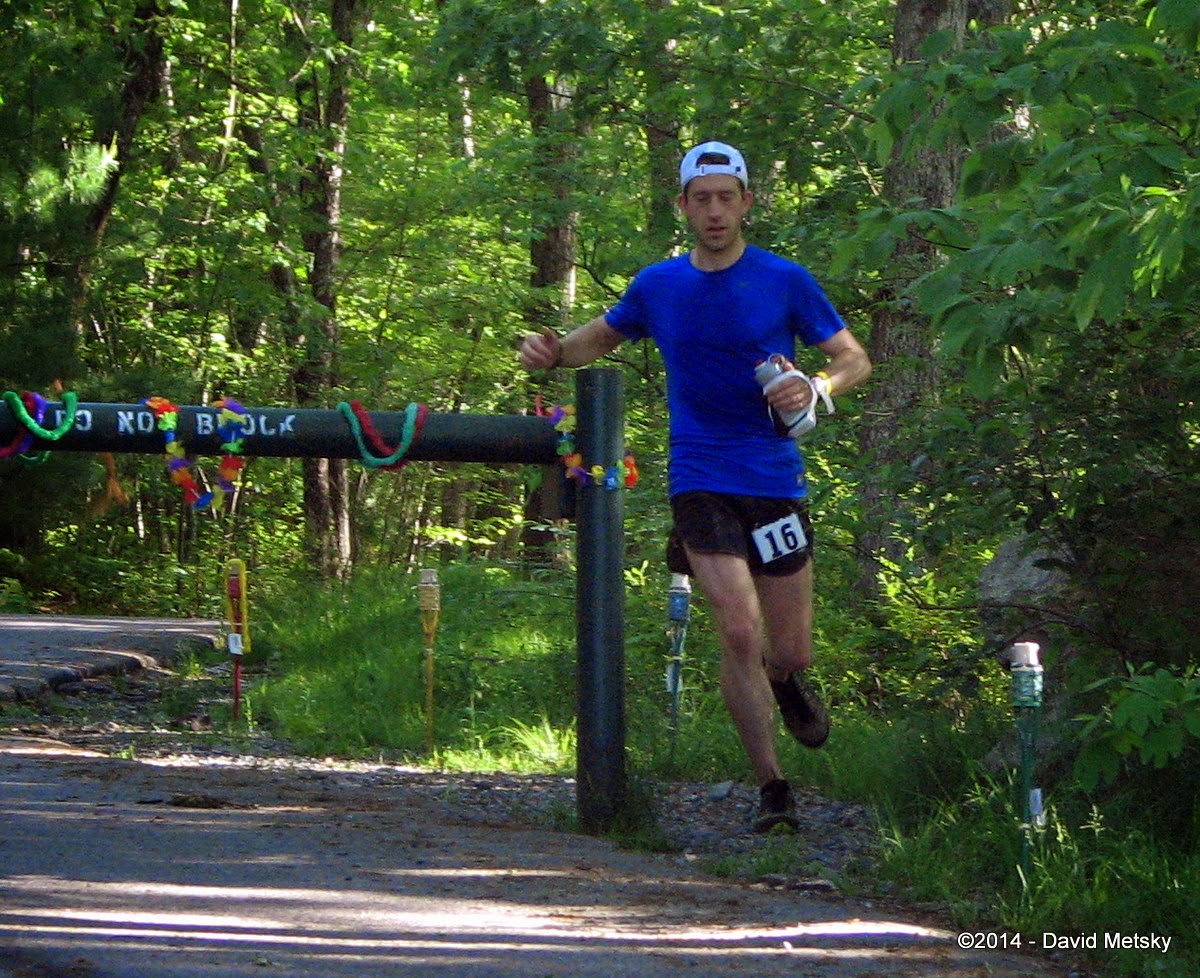 The first group of 100 milers came through sporadically; one every 10 minutes or so. And then every 2-3 minutes and eventually in small groups. We had a few spectators joining us as well which made for a festive little gathering. Around 10:00 Erica joined us to make us a three person crew, which was much better for runner wrangling as the leaders were coming back after the loop out to the Farm aid station. Runners everywhere! TARC had supplied big jugs of water and Tailwind for the runners but we weren't an official aid station. I had brought some Twizzlers and snack mix that seemed to go over well but the heat was causing the runners to take much more water than expected. We ran out of water at one point - it was heartbreaking to have to tell the runners that we were out as they looked at their empty bottles. Fortunately Josh came by with a full jug, and we had a few more deliveries to make sure that didn't happen again. 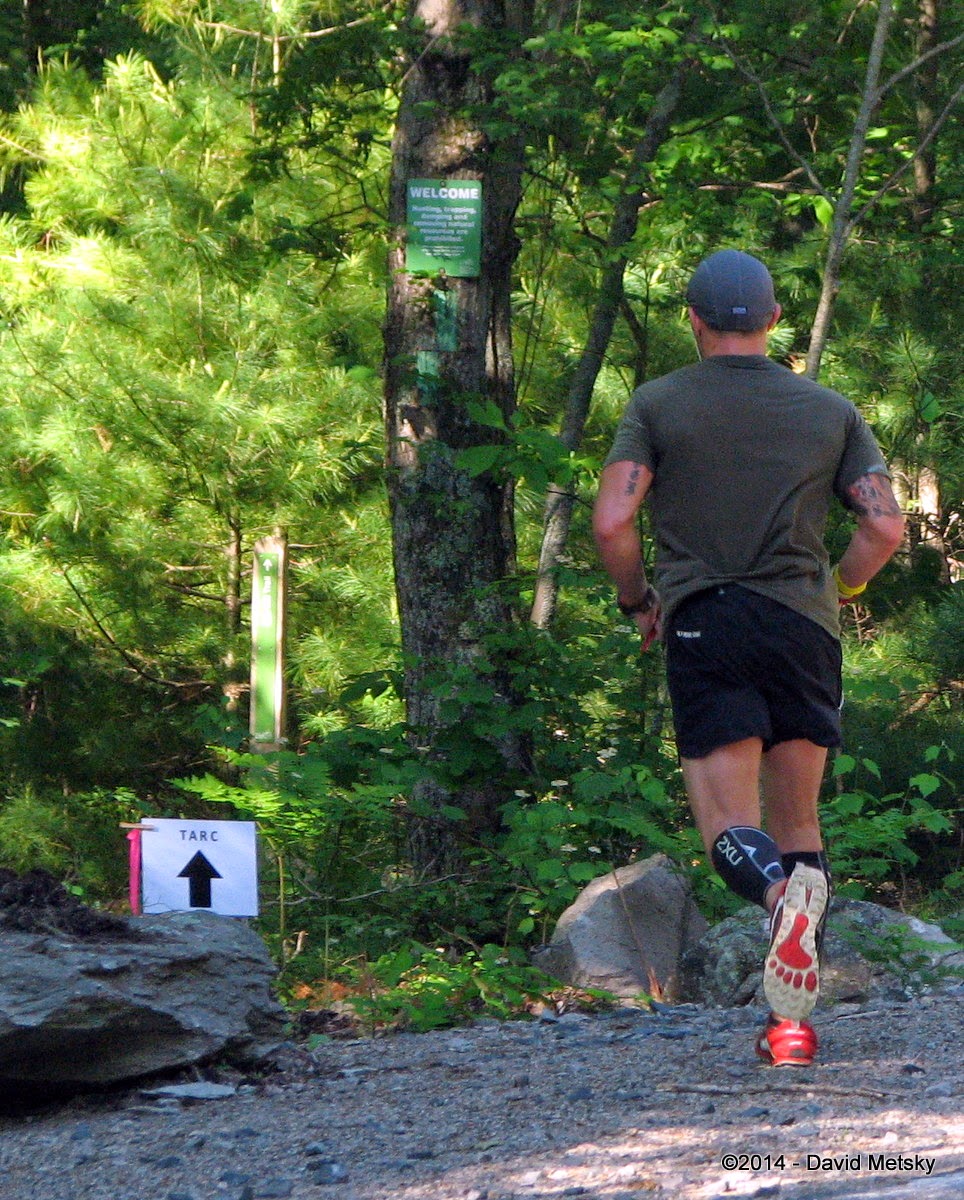 As the day wore on the initial excitement of seeing the runners faded and instead we were inspired by the runners working though the incredible heat and difficult course.  For runners looping back from the Farm they had under 2 miles back to the Start-Finish line so there was a big incentive to keep moving and they all did. The 100 milers started at 5:00, the 50 milers at 7:00, so by now they'd been out there for long enough that all reserves had been burned off. We started seeing the first of the 100 milers coming back through at mile 42 - it still blows my mind. Amazingly, nearly everyone had a smile on their face, even if only for a brief instant. Most were in good spirits and even enjoying themselves. Things don't have to be fun in order to be fun. 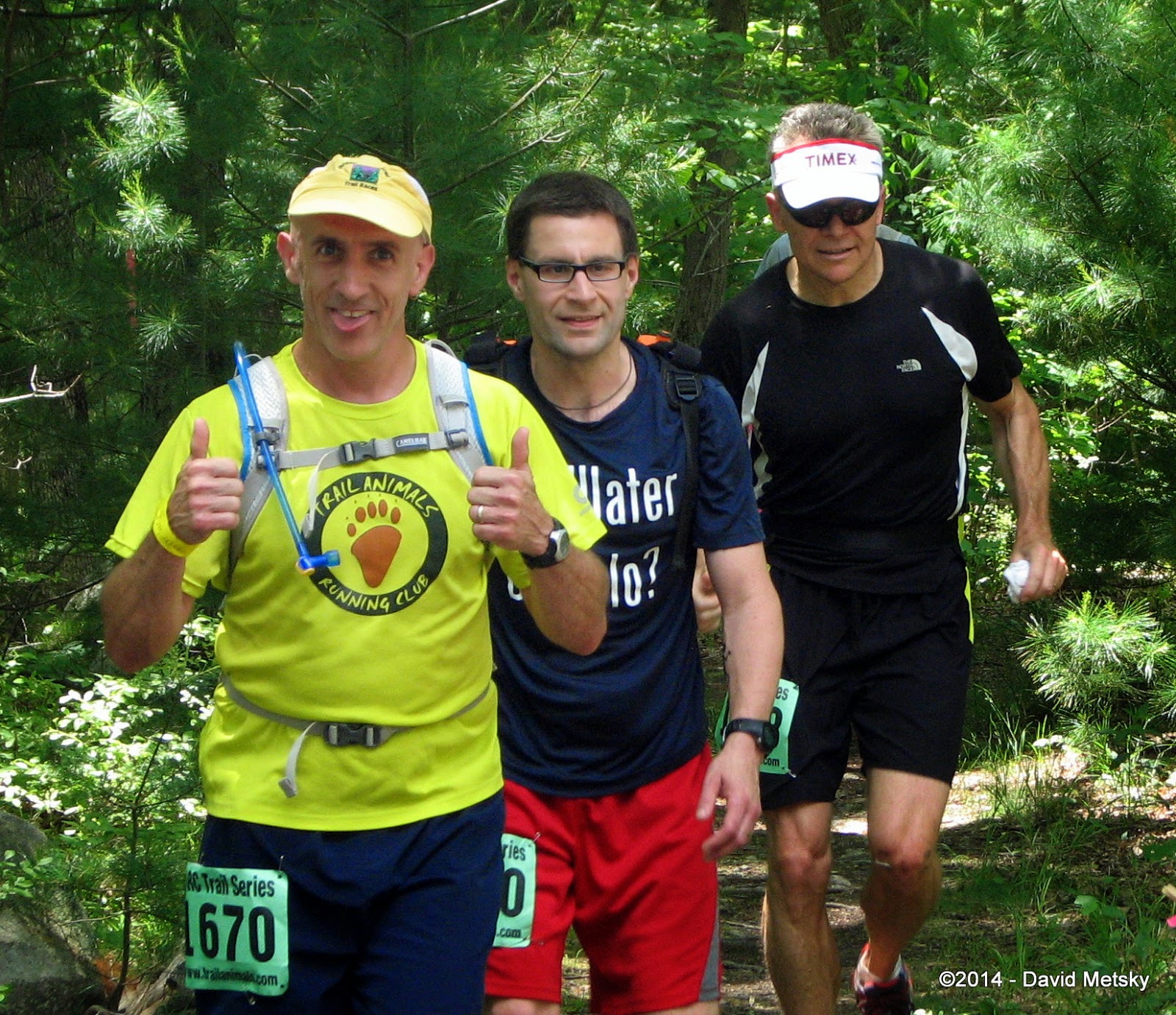 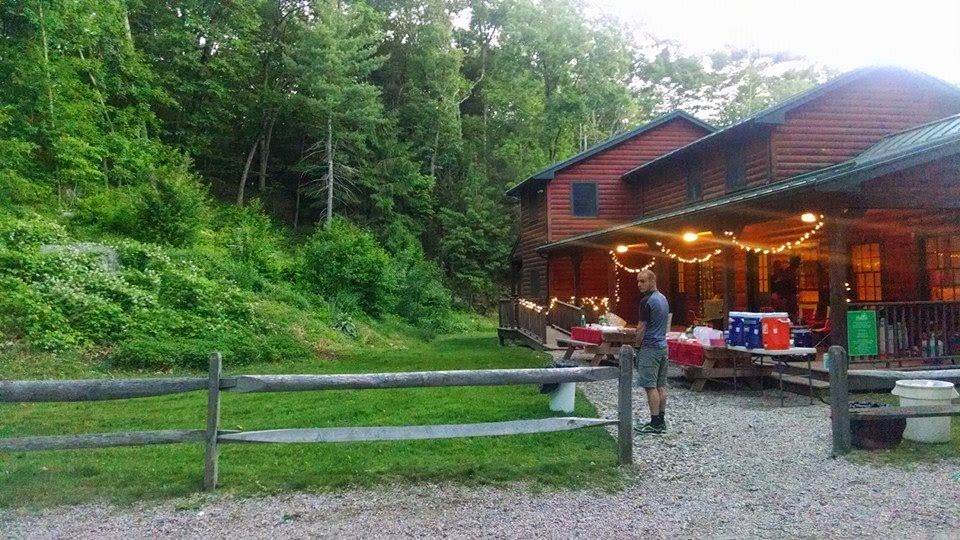 At 2:00 our shift here was over. Monica had to head out so I packed up the Hotel Subaru and headed up the road to the Trading Post aid station, which sat at mile 5 of the 25 mile loop. This was the worst heat of the day and runners were enjoying the hose, the ice, and the watermelon. This aid station was luxury compared to last year at the Gun Club Road station - we had electricity, running water, refrigerators, and even a couch for brief naps. The able staff running the Training Post (Linnea and Jill) had things working like a fine-tuned machine so it was easy to slip in and help out where needed. It was also set up well for taking photos of the runners coming down the steep incline from the ridge. By now the runners were spread out all over the course so we didn't get real waves of runners but a semi-steady stream coming in. At times we had up to 5 or 6 athletes there, most other times just 1 or none. 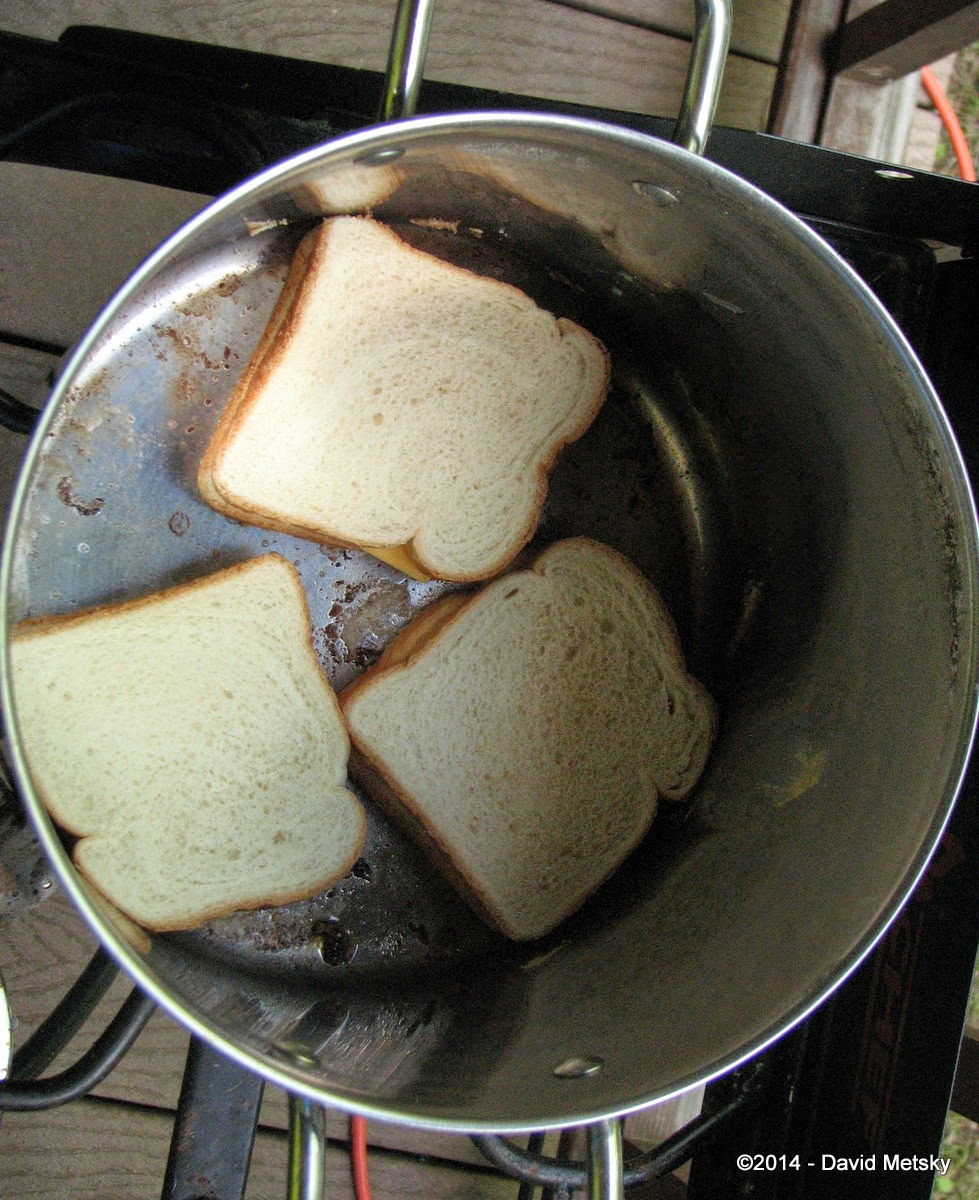 The weather, course and distance were taking their toll on the runners. We had a handful drop with stomach, knee, and feet problems, but they all seemed to take that in stride.  As the sun went down the temps cooled off but ice was still our number one seller, and people were still asking to get sprayed down with the hose. But soon they were asking for the grilled cheese sandwiches (thanks to Curry and her mad grilled cheese sandwich skills) and ramen noodles. Alas, the mashed potatoes weren't a big hit. As night fell and the headlamps came out the mood changed dramatically. Runners retreated into their own worlds, illuminated by a solitary cone of light containing feet, roots, and rocks. The rest of Hale Reservation retreated into the distance. 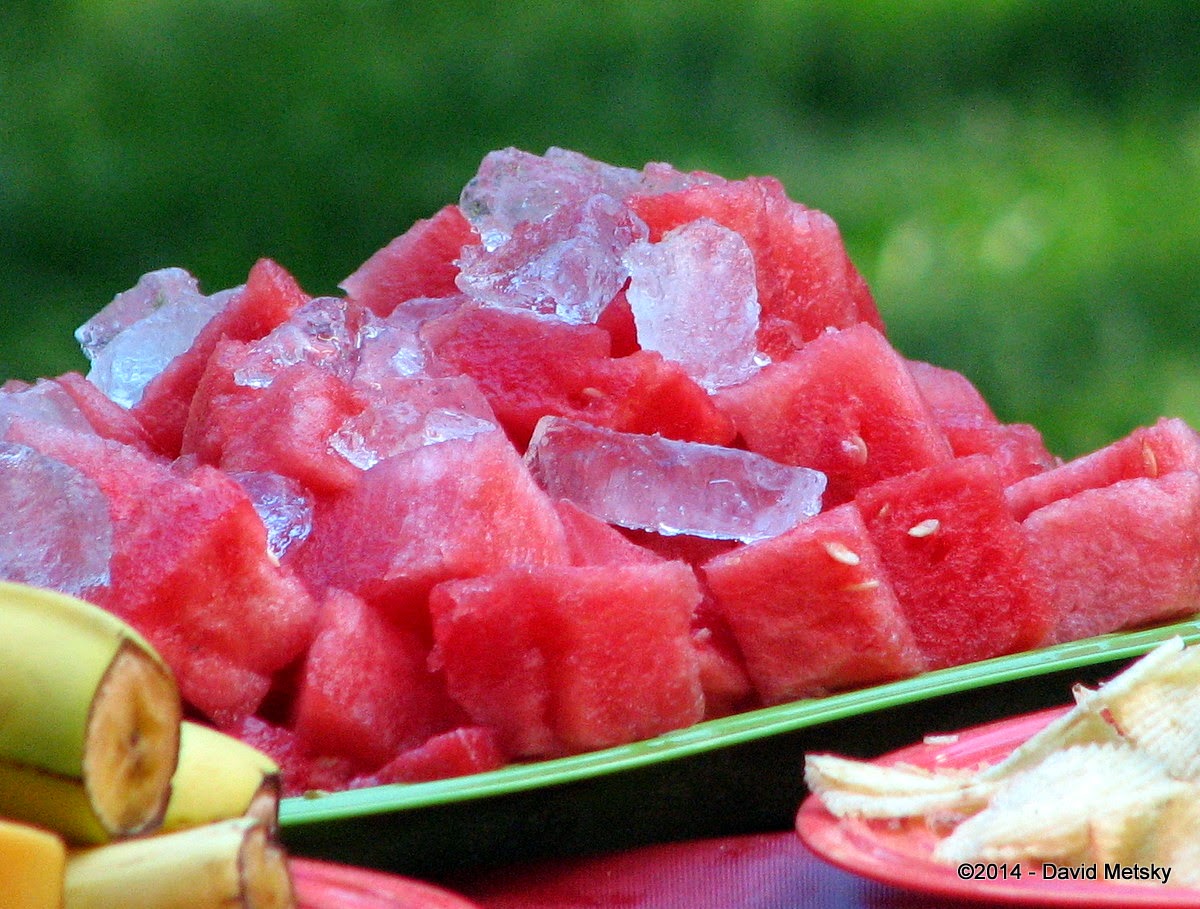 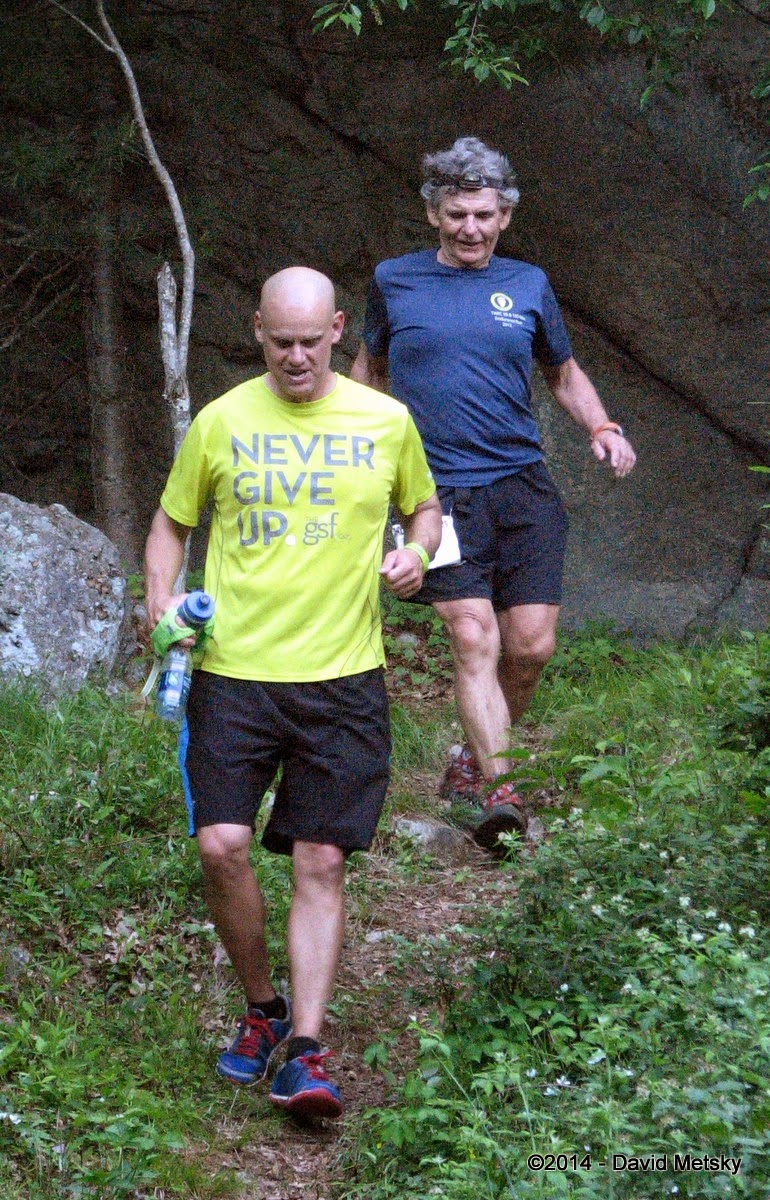 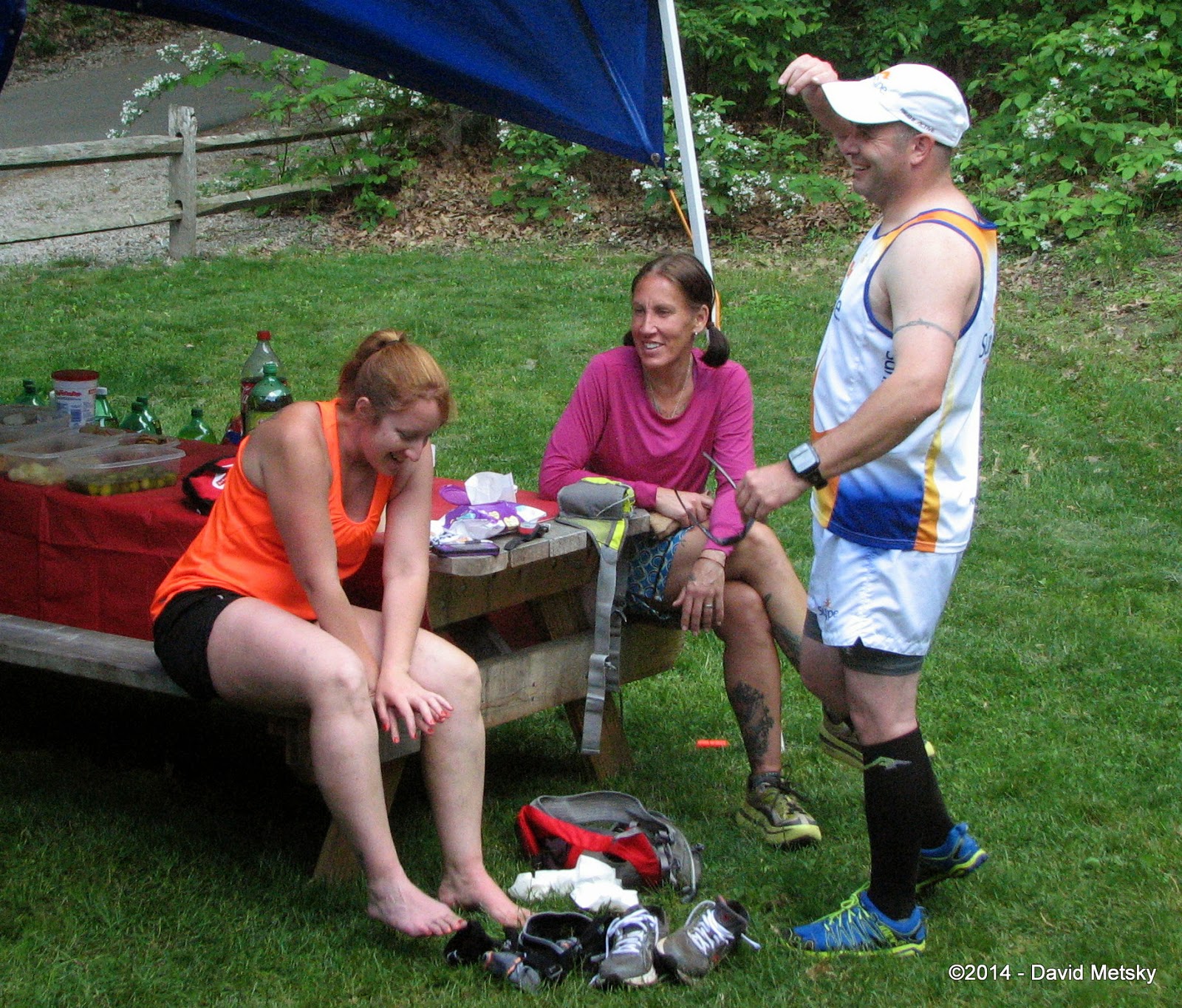 Most of the runners on their third lap had pacers and it was fascinating watching the dynamic between the two. People don't sign up for the job of pacing, they take a solemn oath. They are bonded together, not as a team but as a single unit - connected by emotion, devotion, and dedication to serious suffering. And headlamps. We spent quiet stretches in scattered conversation watching into the gloomy night for the flicker of light that signaled the arrival of a runner. We sprang into action with the clang of cowbell, clapping, cheering, and the standard question "What can we get for you?" Water, ice, Tailwind, Gu, grilled cheese, soup, watermelon, salty things, sweet things, we had it all. They would grab their food, attend to gear issues, talk to us a bit, and then off into the night leaving us alone and waiting for the next arrival. 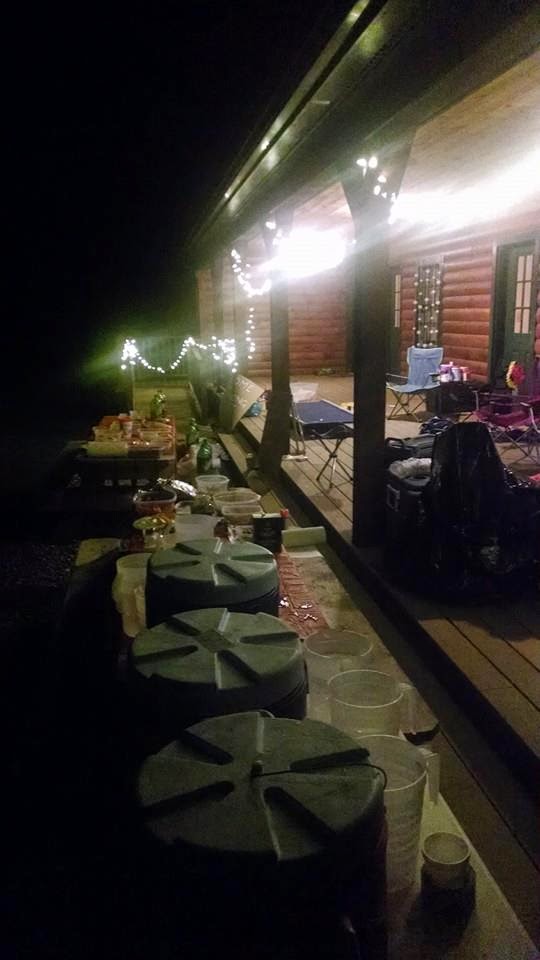 The crew at the aid station drifted off to take our naps; most had been working 20+ hours so an hour or two nap did wonders. I used the Hotel Subaru, and heard some fireworks from the beach as I drifted off to dreams of endless trails and a bottomless bowl of mashed potatoes. As one worker awoke another headed in for a nap, we really only needed 2 people on duty to handle the occasional runner. Around 4:00 the sky started to brighten imperceptibly and quickly turned to full on dawn. There were only a handful or runners left on the course so we slowly started breaking down the station; putting away the food items, packing up the stove, cleaning the dishes. The last runner I saw came through just around 5:00, and we went through the same routine before they headed off into the new day. 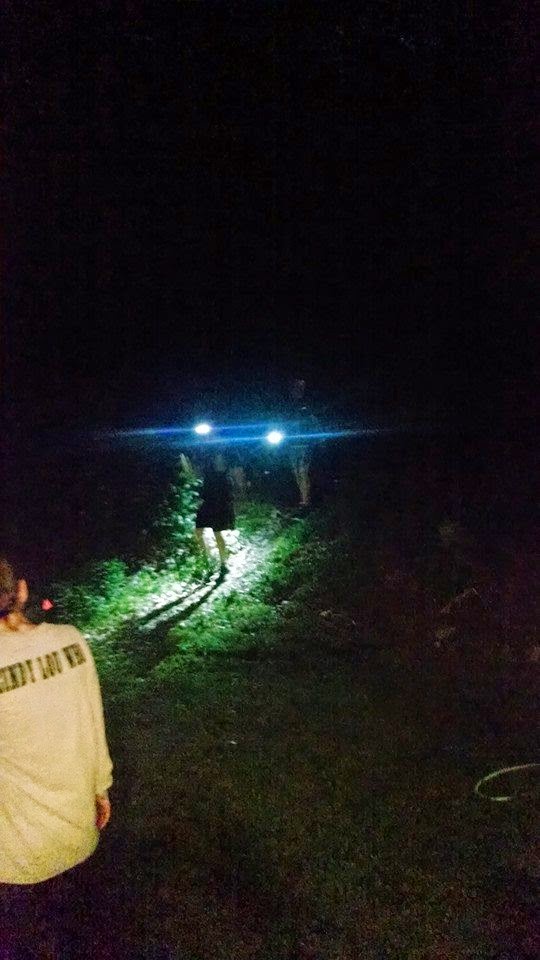 It was an amazing experience, one that gives you a much greater appreciation for the work required to put on a race. And it's extremely rewarding. You are on the receiving end of the most heartwarming smiles, grateful appreciation, and have a front row seat to watch amazing athletes of all shapes and sizes push themselves to their limits and beyond. I never saw anyone cross the finish line in triumph but I saw a thousand little victories along the way.

Sleep is for the weak.